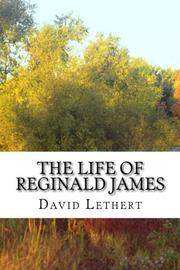 The Life of Reginald James

In this adventure story for young readers, the titular hero leaves his childhood home to make his own way through life on a journey to the beautiful Blue Castle, along the way encountering obstacles that include hungry beasts, violent storms and dangerous fires.

Reginald James lives an idyllic life in the forest with his family until the day comes when his mother tells him that it is time he set off on his own. She then sends him out into the world with the knowledge that he will likely never see her again. Reggie decides to embark on a quest to the Blue Castle, which he spies in the distance, and to make a new home there. First, however, he must use his wits to find food in the forest, cross rivers though he can’t swim, and avoid the creatures in the woods that want to kill and eat him. At first, Reggie relies on the various valuable lessons his mother taught him, but his ego grows alongside his successes, and he pushes her advice aside, deriding it as too old-fashioned to apply to his modern world. Will this overconfidence backfire before he reaches his journey’s end? Debut author Lethert packs his story with a variety of tension-filled moments, but his writing, which occasionally changes from past to present tense and back again, can sometimes be confusing. He also provides excessive, repetitive detail for every step of Reggie’s quest; a passage in which Reggie struggles to cross a stream extends over seven pages that detail every foothold and every slip, to the point of being exhausting rather than exciting. The stark, startlingly depressing conclusion provides a fitting moral to the story, but it may also be too upsetting for some young readers. Nevertheless, if they are able to understand and move past the more traumatic moments in the tale, they will learn valuable lessons about the importance of maintaining a humble, grateful attitude.

A dark take on the hero’s journey with a reminder for children to appreciate the advice of their elders.