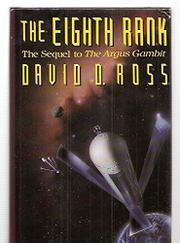 Vol. II, of THE DREAMERS OF THE DAY

Second in the series following The Argus Gambit (1989), which introduced a near-future power struggle between stay-at- home reactionaries like megalomaniac businessman Horatius Krebs and a progressive conspiracy involving US President Shefferton, as well as various brilliant scientists whose aim is to build a star-drive and free humanity to expand into the galaxy. Once again, Krebs is trying to grab control of the planet's industry. The Russians launch a fleet of huge battleships to dominate the skies above Earth. However, brilliant organizer Jason Scott and his allies work feverishly to complete the secret star-drive Sunside Project, while good-guy ex-cop Mel Hardrim tracks down various assassins. Only in the more thoughtfully plotted closing chapters does a semblance of ambition and vitality return to what is otherwise a sluggish, talky, and twiddling reprise of book one.