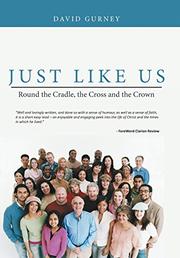 Gurney’s devotional looks at the life of Jesus through the eyes of various biblical figures.

The narrative of the life, death and resurrection of Jesus is well-detailed in the Bible, and those accounts feature many characters who either embrace him as their savior or despise him as a threat to the status quo. This devotional examines 21 of these characters, using short, first-person narratives to humanize their roles. The author digs deeper than just the obvious choices of major characters, opting to omit some, e.g., the Virgin Mary, entirely, and brings to life instead such viewpoints as that of the innkeeper who allowed Mary and Joseph the use of his barn or Simeon, the aged prophet who God promised would see the Messiah during his lifetime. A music-loving shepherd imparts the majesty of the angelic chorus that announces Christ’s birth, while high priest Caiaphas explains that Jesus’ crucifixion arose out of a complicated religious and political environment. Each character speaks in a unique voice, from Simeon’s psalmlike pleading with God to Herod the Great’s self-righteous dictation to his grand vizier. These voices show both the author’s talent for character development and his close reading of the Bible. Nowhere does the author claim that his interpretation is infallible. His use of sensory details to describe the crowded streets of Jerusalem and the tranquility of the desert countryside enhance both the characters and the biblical stories.

Compelling religious reading on its own, but also enhances its source material.