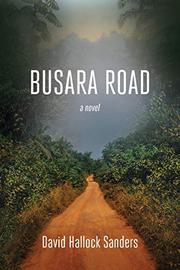 In Sanders’ debut historical novel, a newly motherless boy accompanies his father to Africa on a religious mission.

Eleven-year-old Mark Morgan’s mother died recently, and now he and his dad, Reece, are starting over in western Kenya at a Quaker mission devoted to teacher training. It’s 1966, and Kenya has been an independent nation for only a couple of years; people’s memories of bloody warfare and prison camps are still fresh. Mark gets an inkling of this struggle when he sees what he thinks is a one-armed man slitting someone’s throat. It turns out to be a barber shaving a customer, but the image haunts Mark; that barber, Mr. Okwiri, lost his arm as a child when a paramilitary general cut it off. Other people in the village are marked by similar cruelties, including Layla, an otherworldly girl whose strangeness is related to “bad things” that she experienced in a detention camp. Still, Kenya works its way into Mark’s heart, and he gains new maturity as he makes friends, develops romantic feelings for Layla, and explores the rainforest. Although he experiences danger and witnesses tragedy, by the end of the story—as his best buddy, Raymond “Radio” Mathenge, tells him—Africa has become Mark’s “mother.” Overall, Sanders presents an engagingly written story with a dramatic historical underpinning. Mark is an appealing character who’s thoughtful, open to new experiences, and courageous. Relatively few readers will be familiar with Quaker evangelicalism and its African expression, which gives the novel freshness. The book highlights details of the country’s history and culture in natural ways without ever feeling overly expository, and Sanders handles gruesome events with a sense of dignity for the victims. Mark, who’s white, is the main character, but Kenyan voices are well represented and diverse. Readers should be aware, however, that although the book’s young narrator and the coming-of-age theme might indicate a middle-grade or YA audience, the novel does include a sex scene between underage characters. Also, the book sometimes misrepresents Kenyan folklore, as when it invokes the Native American concept of the “spirit animal.”

A sensitive and vivid coming-of-age account in a compelling setting.