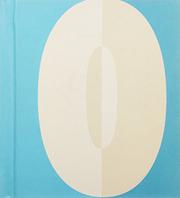 Small of trim size and simple of design, this blocky companion to Aa To Zz: A Pop-Up Alphabet (2015) pairs single- and double-digit pop-up numerals with equivalent arrays of countable items.

Each spread, when held open at 90 degrees, makes a tidy display. A white pop-up numeral formed by reverse folds at the center is flanked by the appropriate spelled-out number from “zero” to “twenty” in lowercase sans serif along the right edge. On the left are small, white silhouettes of cats, pinwheels, teddy bears, and like familiar images (with occasional fugitives drifting to the other side) against single-hued color fields. Hawcock shows less ingenuity in his use of space and edges to shape forms here than in his foray into the alphabet, but he plays with both the nature and the arrangements of the images to provide a mild sense of unpredictability. He also carries the numbering past the more-venturesome likes of Kees Moerbeek’s Count 1 to 10 (2011) or Marion Bataille’s 10 (2011), if not so far as David Carter’s 100 (2013).

While handsome, as a pop-up counting book, this doesn’t stand out.