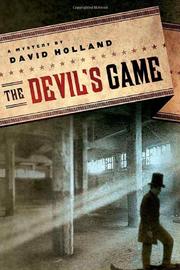 When the MP for Bellminster dies in the Westminster Palace conflagration of 1834, not a single member of his constituency mourns his passing. They’re far too busy plotting to replace him and control his borough.

Rev. Tuckworth, Dean of Bellminster Cathedral, watches as mayor Winston Padgett is prodded quite beyond his own ambitions and abilities by Mrs. Padgett, a municipal Lady Macbeth, and his Iago of a mayoral assistant, Bates, while the powerful Lord Granby secretly supports his other assistant, Bick. Corpulent and cunning, lawyer Wilfred Cade circles the main competitors, waiting for one to eliminate the other and open a place for him. It’s bad enough to watch the political games wreak havoc among the elite of the Dean’s congregation, but then a political riot on Guy Fawkes Day turns violent, and the mood turns ugly for everyone, culminating in murder when ruffians beat a hapless old man to death. Tuckworth finds himself at the center of a game he never wanted to play, as the constable, Lord Granby, and a mysterious political consultant, dwarf Jo Smalley, all appeal to him for support.

Stylishly written, Tuckworth’s latest adventure nonetheless falls short of the tension of his past work (The Devil’s Acre, 2003, etc.).