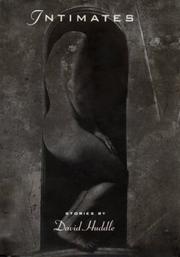 A Book of Stories

A fourth collection —13 takes on men and women (and children) and the tangles that occur between them—that's very much like Huddle's other work (The High Spirits, 1989, etc.): carefully textured, insightful, and only occasionally flat. Several pieces center on Riggins, a writer/professor who (in ``The Page'') is in Tucson with his family for a conference where he is the featured writer. After his reading, a woman propositions him, leaving him with her room number. Riggins gets as far as her door, but turns instead to the cold air and then to the warmth of his own room. In ``Collision,'' he and wife Marie ``whanged their two cars into each other'' at a time in their marriage that is ``worse than divorce''—but by story's end, the entire family is wrestling playfully (such texture and implication are what Huddle is best at). ``The Hearing'' is a monologue in which Riggins, now 65, explains to the college dean and a group of investigators why a custodian found him in his office drinking wine with a 19-year- old student, who was mostly undressed; here, Huddle avoids lasciviousness or snideness and gives a tender, almost chaste moment its due. Other stories, without Riggins, work in a similar vein: ``The Short Flight'' describes an airplane encounter; ``Trouble at the Home Office'' concerns a last episode of sex between a man and his ex-lover, an aerobics instructor. Many of the pieces are monologues, and most manage to tease out nuances of character from situations that in other hands would be coarsened or sensationalized. What we've come to expect from Huddle's collections: stories, linked thematically, that recycle their characters, occasionally chew over more than they've bitten off, but generally satisfy by exploring the nooks and crannies of everyday emotional crises.