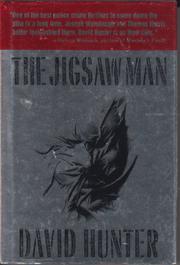 ``How come it never turns out like this in the movies?'' wonders rookie Holston, Tennessee, investigator Gary Keith as an accidental Doberman gets in the way of his foot chase after big biker Bonzo, a suspect in the murder of Larry Foglesong, a retarded biker hanger-on whose body has been turning up all over the county. But dapper veteran cop Doyle Griffin favors another suspect, childlike hulk John Waters, whose girlfriend Sarah Trinkle is an authentic witch who serves Doyle one mean meat pie. Despite Gary's complaint—he's not used to the bogus confessions, the suspects' invincible stupidity, or the interference of phony psychic Samantha Thorpe—it all turns out just like in the movies, as both Gary and Doyle lose their wives to overwork and take up with glamorous new women en route to an improbable cliffhanger rescue. A solid though unoriginal first novel, based on fact, by the author of the nonfictional police books The Moon Is Always Full and Black Friday Coming Down.