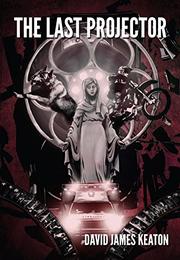 Forty-seven-year-old Larry, readers learn early on, has been trying for years to get “anyone with clout to read one of his ‘real’ scripts.” But although he has dreams of making a mainstream film, his days as a director of hard-core pornography are filled with overly tattooed porn stars and sleazy producers. Meanwhile, young Billy and Bully love movies and generally do as they please; they become obsessed with a policeman they dub “Bigbeep” (they “followed him home to get his address, followed him back to work to fight crime or whatever”) and witness a bizarre scene involving a pizza deliveryman and a large metal collar. They soon become infatuated with the idea of making their own collar (with a bomb in it) and delve into the world of cinema, searching for any movie that might have a similar contraption. Along the way, other characters kill dogs based on a secret quota, consider the philosopher Marshall McLuhan during an MRI, and execute a gum-chewing security guard. If this array of fantastical excitement sounds confusing, that’s because it is. Keaton works in a fast and loose style, so readers seeking a straightforward narrative devoid of surprises should steer clear. However, those who are excited by cult-movie references (such as Night of the Hunter), tattoos of all sorts, and a world in which authority figures and those looking to subvert them run amok will find this an inviting read. Although it lacks the more polished psychotic insanity of classics such as Stephen Wright’s Going Native (1994), the novel traffics in a similar world of degenerate modern culture. This world of wild fiction is also rapidly paced and loaded with humor, as when Larry fights a senior citizen and comments, “Damn, old man fights like a puma. A puma in a wheelchair anyway.”