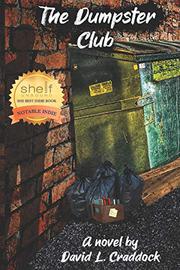 A West Coast teen, shaken by his parents’ split, finds solace in notes and literary gifts from an anonymous friend in Craddock’s YA tale.

Josh Reece idolized his mother, a writer who shares her love of books with her son. But their relationship falters when Mom seemingly chooses her work over the family. Moving into an apartment with his father and his little sister, Josh has trouble adjusting to this altered life. As the new kid in school, he meets a genial soul in pink-haired Teagan Carter. Unfortunately, Josh also drifts toward a popular, rich kid who takes advantage of the much brighter Josh. This culminates in someone accusing the teen of a crime he didn’t commit. Meanwhile, Josh comes across a crate of books behind a dumpster near his apartment. He eventually reads them; some include notes written to Josh and are signed “Reader.” As he rediscovers his fondness for relatable literary characters, like Roald Dahl’s Matilda, Josh wants to know who Reader is. Is it his estranged mother or someone else who’s helping the teenager cope? Craddock’s coming-of-age novel stars an appealing, believably flawed protagonist. For example, Josh sometimes takes his anger out on the wrong people, like his kid sister. The author tackles weighty issues—racism, White privilege, and child abuse. On the lighter side are Josh and Teagan’s scenes. The two bond quickly, and romance seems inevitable. The conversational tone is courtesy of Josh’s first-person perspective. Though it’s not difficult to deduce Reader’s identity, the ultimate reveal segues into a wonderful, bittersweet final act.

Remarkable story of adolescence with convincing characters and a bit of mystery.