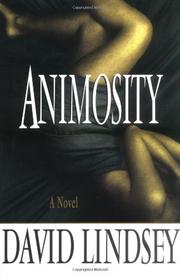 An over-the-top thriller about a successful sculptor with feet of clay.

The thing about Ross Marteau is that he’s never cared enough—not enough about art to take it seriously, not enough about the women in his life to commit to a long-term relationship. Easy success, easy love affairs—you could embroider it on a sampler as the Marteau motto. And then suddenly it all changes. On his return from a stay in Paris to his studio in San Rafael, Texas, Ross meets the lovely if enigmatic Céleste Lacan, who makes a disconcerting request of him. She wants him to sculpt her younger sister Leda. It’s not that Leda isn’t beautiful—she is, “but not entirely beautiful.” She’s a hunchback, and, for reasons that stem from her bitterness over this affliction, she wants to be sculpted nude. It’s a commission Ross is not eager for, since he knows the work will cause controversy, something Ross has always avoided. He likes his models opulent, his patrons affluent, and his pursuit of happiness free of complication. But by this time, to his astonishment, he’s in thrall to Céleste and can refuse her nothing. Which is too bad, because what she asks next enmeshes him in crime and constitutes for Ross a point of no return. Before that, however, there are startling revelations: Céleste is married—to a wife-beater; and a third sister, Sylvie, now dead, was Ross’s mistress 25 years ago. Helplessly, he begins to sense that the surface is illusory, that he’s involved in something as devious as it is dangerous. And he’s right: murder, blackmail, and, most excruciatingly, someone’s elaborate notion of revenge.

Not the best from this usually reliable veteran (The Color of Night, 1999, etc.). There’s an unfortunate soap-opera feel here, undercutting the surprise end that seems to have shaped everything preceding it.