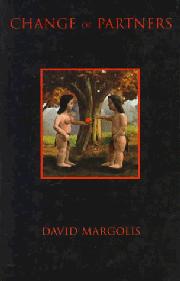 Vivid detail makes this tale of communal living in the early '70s a fascinating one, although an excessively detached tone keeps much of the experience from coming alive. Young Sam Shames, born in Brooklyn, hits the road in 1970 in search of experience and true love and finds both at a hippie commune in rural Oregon. Sam enthusiastically joins the rest of the longhairs on the Farm in carving out a funky version of utopia—a life distinguished by open marriages, a multiseated outhouse, subsistence farming in the nude, and the rearing of goats. The Farm ``family'' consists of a variety of drop-ins and drop-outs, some staying only a few nights, bringing food or music or pot, others joining the community, adding their own quirky personalities to the ensemble. Helene, the only founding member still living on the Farm, spends hours each morning recording the commune's history for future publication. Beatifically pregnant Claudia spends much of her time with flute-playing Will and her small son Peter. Jack, the real workhorse of the group, is resigned to wife Joan's new romance with fellow communard Larry. At times tediously, at others reflectively, the narrative traces a year in the life of the Farm, describing the seasons changing, lovers switching, the crops coming in, the goats breeding, and Claudia giving birth to a daughter. But as winter approaches so do dark times: Not only does the baby die, but power struggles in paradise become prevalent. The commune begins to come apart. An epilogue jumps 25 years into the future, focusing on a reunion at which the lives of the commune's members are rather too neatly wrapped up. The time and place are rendered well, but Margolis's flat, documentary style keeps the emotional life of the Farm at a distance, reducing his second novel (after The Stepman, 1996) to an interesting portrait of a counterculture experiment gone awry.