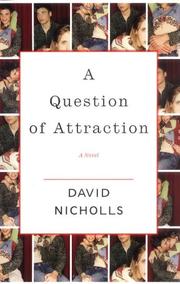 A QUESTION OF ATTRACTION

Fusty, mild-mannered debut from a British TV writer and Nick Hornby wannabe about a bookish boy with a penchant for brainy trivia.

Appear on University Challenge? If only dad could see him on the telly, muses 18-year-old Brian, imagining himself smoothly answering questions on the BBC’s popular game show and rubbing elbows with Tory intellectuals. Alas, his dear old dad, a scrappy working-class type who sold double-glazing, is dead now (Mum is a Woolworth’s cashier), but Brian has fond memories of watching the show and its longhaired host, Bamber Gascoigne, together. He dreams of glory and, this being 1985, also hopes to impress a sulky beauty in punk regalia who hands him political leaflets and an invitation to a Tarts-and-Vicars party. Should he go? Should he dance? Where, exactly, does he fit in the swiftly changing England of the mid-1980s? Are there answers to be found in the pretentious lyrics of alternative rock music? If you know the songs, you’re in, mate; if you don’t, sod off. Do traditional British class distinctions of ancestry and wealth still mean anything? Yes—and no: on with the story. Brian and his team members brainstorm for their audition, tackling burning questions like “lanugo, vellus, and terminal are all terms used to describe the different developmental stages of which part of the human body?” Will this young genius remember the answer (hair) and get the girl?

Not easily comprehensible by anyone unfamiliar with A levels, O levels, and other peculiarities of higher education in England.