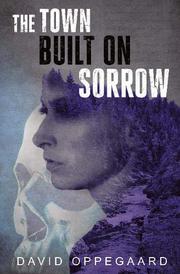 THE TOWN BUILT ON SORROW

A Midwestern town’s dark past meets its grisly present.

The family of sassy, journalism-inclined, 16-year-old Harper Spurling are the descendants of her hometown of Hawthorn’s founders. The white teen runs track, loves hanging out with her friends, refers to her parents as “The Mom” and “The Dad,” and adores her best friend, Eva Alvarez, who is a mixed-race (Mexican and black) party girl. When her history teacher assigns the class to read the diary of one of the town founder’s daughters, Harper becomes entranced by her story, wondering why it ends so abruptly. Enter mysterious, Nordic, white Olav Helle, who also attends Harper’s high school. He’s also seemingly touched by the magic of the town and its surrounding woods. It also compels him to off members of the local population using various gruesome tactics; from the get-go readers know he is the town’s Tender Heart Killer. Oppegaard pens an intense, page-turning, often harrowing nail-biter that may leave readers with stomachaches as they move through the story, alternating between Harper and Olav. Some plot parts may feel stretched, but the magic is subtle enough to walk the delicate line between what could be hallucination or the supernatural otherworld. The tension that builds toward the eventual meeting of Olav and Harper, however, is very real, and that’s what will keep readers hooked until the end.