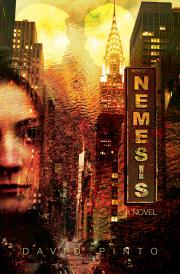 Elliot Barrett’s life is an enviable one. He’s a prestigious physician with a thriving practice, a well-appointed home in New York City, a devoted wife, and two loving children. He risks it all when he becomes romantically involved with Lindsey Anderson, the seductive daughter of a patient. When she turns up dead, the police immediately blame Elliot. There is incontrovertible evidence placing him in her apartment and damning if circumstantial evidence suggestive of a sexual affair. Elliot decides to deny the tryst and enlists the help of his best friend, Ted Lapoltsky, a successful lawyer, to defend him. Unbeknownst to Elliot, Ted also had an affair with Lindsey and wanted to leave his wife for her, a design she squarely rejected. Ted and Lindsey had become locked in a passionate argument about it, and when she revealed she was also seeing Elliot, Ted grabbed her in a jealous fury, causing her to hit her head and sink into unconsciousness. While Ted defends Elliot, he’s careful to avoid even a hint of self-incrimination. He also revels in the opportunity to see his prudishly judgmental rival publicly disgraced. Elliot’s world begins to crumble around him. His wife’s trust wanes, his family is mortified, and his professional reputation’s tarnished. Debut author Pinto meticulously constructs a view of Ted’s long-standing envy. He worked indefatigably to rise above his inauspicious beginnings while Elliot was born into privilege—and yet Ruth, Elliot’s wife, looks down on him as a coarse careerist. The prose is plain but the plot a compelling one; it’s consistently tense and defies expectations. However, Pinto has a grating tendency to provide far too much explanatory commentary, apparently reluctant to allow the reader to draw their own inferences from the action: “How ironic that Elliot had to meet Lindsey to introduce him to the temptations he was preaching against. Apparently Elliot was after this hormone effect also. How odd that we both ended up enjoying the same woman. Elliot had fallen under her spell.”