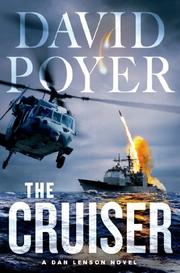 This 14th entry in the author’s Dan Lenson series (The Towers, 2011, etc.) is a naval thriller featuring heroism and high-tech warfare.

Capt. Daniel Lenson takes command of the cruiser USS Savo Island and its demoralized crew as they ready themselves for combat in the Mediterranean Sea against Saddam Hussein’s Iraqi forces. Lenson’s Medal of Honor won’t count for much if he doesn’t succeed in this assignment, and a mysterious onboard death bodes ill for the mission. So do the personality clashes and the porn game some of the crewmen are playing on the ship’s computer network. Even the ship’s missile tracking capability is questionable. According to Lenson’s orders, Savo Island will position itself so it can launch missiles at targets in Iraq and Syria. He doesn’t much like those orders, “Not that liking [them] had much to do with it. That was why they were called ‘orders,’ after all.” Then Almarshadi, his unstable second-in-command, becomes a serious detriment. Does Lenson hate the XO because he's Arab? The captain navigates personnel issues and rough seas as the crew monitors ocean traffic that includes hostile ships. Those rolling decks and rolling seas make even the experienced Lenson nauseated at times and turn one female crew member’s face “Wicked Witch green.” For all his toughness and success, Lenson knows he's imperfect, always one screw-up away from ending his career. Not every issue gets resolved, and some will likely carry over into the next Lenson book.

Poyer is a master of the modern sea adventure, pitting both men and women against unseen enemies and turbulent waves.