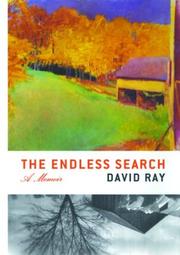 Gripping chronicle of a lifelong effort to overcome damage sustained in childhood.

Two-time winner of the William Carlos Williams Award from the Poetry Society of America, Ray (English Emeritus/Univ. of Missouri) is one of only a handful of poets to garner a following among nonacademics. While selections of his poetry, eloquent and intensely personal, are scattered throughout the present volume, the topic at hand concerns a boy ever in search of his missing father, or a surrogate. After growing up in Oklahoma during the Depression, son of a dirt-poor sharecropper and an obsessive mother who hated dirt in all its forms, Ray was shuffled among relatives and foster homes, later spending time on an Arizona ranch. He became self-supporting as a teenager and won a scholarship to the University of Chicago. A stint in that city as a social worker gave him insights into his own childhood and the generations of American men who grew up without a male role model. Ray describes the string of “uncles” with whom his mother sought security and a proper home life, as well as the wealthy guardian who both tormented and sexually abused him during a childhood comprising parts of Great Expectations and Oliver Twist. The author’s frank account, unlike many in the current canon of victimology, is almost lyrical, while remaining unglamorized and unsentimental throughout. Ray’s quest is alternately heartbreaking and chilling, yet he never lapses into narcissism or self-pity. He goes astray only when drawing broader conclusions, suggesting, for instance, that it is homophobia that drives the pedophile and the sadist. The personal conclusions Ray draws, however, and the triumph of spirit his life demonstrates are much more important.

A riveting and well-written narrative of abuse.