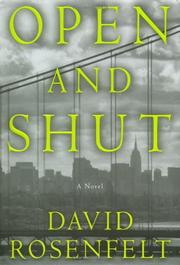 Defense attorney Andy Carpenter just might be the biggest wiseacre to hit the genre since Archie Goodwin. His courtroom antics have already ticked off judges and juries throughout Passaic County, and he’d probably be in jail himself if not for the New Jersey legal system’s tremendous respect for Andy’s late father, ex-DA Nelson Carpenter. But now Andy’s become an irritant to someone still more dangerous than trial judge Walter “Hatchet” Henderson—someone willing to use threats, beatings, and bullets to keep Andy from inheriting his father's strange legacy: $22 million in an account no one knew about, a photo of Nelson in his 20s with three other young men, and a case that he prosecuted successfully seven years ago, now due for retrial on a technicality. And since Andy promised his father he’d defend Willie Miller in what looks like an open-and-shut case—the murder of Denise McGregor, whose body Willie was found standing over in an alley behind a bar, whose fingernails were lined with traces of Willie’s skin, and whose blood was smeared on a knife with Willie’s prints all over it—he’ll do just that, even if it imperils his shaky reconciliation with his wife Nicole, his livelihood, his reputation, and his life.

The new-love subplot with his female investigator, perhaps meant to lend manic Andy some gravitas, is just a distraction from the brisk dialogue, careful plotting, and solid spadework in Rosenfelt’s series opener.