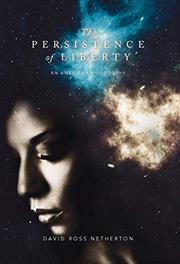 THE PERSISTENCE OF LIBERTY

A collection of essays that aim to plumb the depths of the American psyche.

Debut author Netherton, an adjunct lecturer in philosophy at Worcester Polytechnic Institute, bravely undertakes a philosophically ambitious project to capture the nature of the American mind. One obstacle to such an anatomy, he observes, is the nation’s relative youth—our “sense of history stretches back only a few decades”—but Americans have a sense of nostalgia in the absence of long-standing tradition, which provides insight into their peculiar marriage of hardheaded pragmatism and idealism. For the majority of Americans, the author asserts, a commitment to progress is a “natural feeling”—a hopefulness that’s often expressed in materialistic terms as the expectation of “abundance,” which culminates in a “religion of accumulation.” Despite the political and cultural debts that the United States owes to its European predecessors, Netherton says, Americans in the first half of the 20th century were “individualistic, iconoclastic, and a little untidy.” In his quest to construct a “practical philosophy” that reflects America’s cultural inclinations, he takes readers on a meandering tour, focusing on the period from the 1940s to the ’90s. Much of the ground that he covers is familiar, with discussions of self-reliance and racism that seem almost obligatory. However, he does sometimes dazzle with refreshing, original insights; his treatment of the quixotic pursuit of “secret knowledge” is memorably astute. Overall, though, the author’s approach is exasperatingly unstructured, as he leapfrogs from subject to subject in a seemingly stream-of-consciousness manner. Indeed, he often seems more interested in making esoteric references than providing useful illustrations. His prose laboriously aims for the poetical but usually achieves only opacity: “In our individual cosmologies, many who habitually harbor less confidence in tomorrow long for the incandescent spirit that reaches through the high vacuum and places us gently on the soaring dove.”

Some genuine insight into American culture hampered by a lack of clarity.