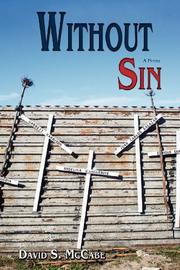 A hopeless ex–Navy SEAL finds himself in the uniform of a U.S. border patrol agent, questioning his life purpose, until he stumbles across an unlikely answer in a brothel in Tecate, Mexico.

Garrett Harrison isn’t like the rest of the border patrol agents. He may say “ain’t” just as frequently and he’s happy to joke around with them, but he has a unique sympathy and understanding for the immigrants and migrants he works to police and arrest. Part of this compassion comes from his ability, thanks to his late Cuban mother, to “speak Mexican,” which proves to be a good and a bad thing on the job. One day, Garrett and his colleague Brophy are called to a scene of slaughter: A drug-smuggling deal went wrong, and two women were disemboweled for cocaine they had swallowed. Apparently, “El Cacique” was responsible for the mutilated women and for everything awful that’s to come. Just as the story appears ready to focus on immigration issues, the drug war and failed U.S. border policies, it instead takes an unexpected turn into a brothel. Brophy and Parker, the pranksters on the patrol squad, drag Garrett to “Casa de Diana” to celebrate his promotion. While Brophy and Parker pay their way for a few minutes of pleasure, Garrett encounters Angelina, a young, beautiful prostitute forced into prostitution by El Cacique. Garrett falls desperately in love with her, even as several side stories describe the murderous, corrupt web El Cacique has weaved in the town. Can lovesick Garrett free his young love from the grip of a demented drug lord? Drug smuggling, sex trafficking, murder by hay hook, a reverend pedophile, an outdoor brothel, all amid an unlikely love story—it’s chaotic. The author’s intention to bring to light some of the unspeakable, real crimes being committed by Mexican drug cartels is somewhat admirable, but the story gets too busy for its own good.

A quick, exciting read that makes a bold statement on failed U.S. policies, but there’s too much going on in too few pages.