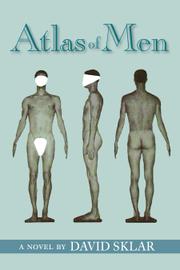 In this novel, a doctor confronts his past at a prep school in the 1960s, where the students were unwilling participants in a study.

Robert Thames is an infectious disease physician who searches the tropics for compounds that may lead to the development of new antibiotics. He works for a government agency, and as he has not had much success lately, his position is being eliminated. While he’s at home, UPS delivers a series of boxes with a familiar return address. Back in the ’60s, Robert attended Danvers Academy, a private prep school in New Hampshire. It was an exclusive place, one in which he felt out of place. As a Filipino with Eurasian and American roots, he was one of the few minority students. He was raised in a modest home in the Philippines by adoptive American parents who were missionaries. While new at Danvers, he and other students were photographed nude for unknown reasons, but in reality, it was part of a study to link physical characteristics to personality traits and chances for future success. The study’s coordinator has now sent the boxes of photographs to Robert with the request that he complete the research. Robert is astonished and somewhat sickened by the situation, and a flood of memories fills his mind. He searches for his old school friends and even visits one in Nairobi who has also become a doctor. Robert wants Danvers and those involved in the scheme held accountable for their actions. As revelations of sexual abuse surface, the school’s administration contacts Robert as it tries to save Danvers’ reputation. Based on real events, Sklar’s (La Clínica, 2010) novel is both insightful and nuanced, and he manages to tackle difficult subject matter with compassion. He digs deep into the social realities that Robert lives in and writes beautifully about his protagonist’s feelings of displacement, confusion, and sexual and emotional wonder. Robert’s overall sense of decency gently cuts through any disingenuous sentiments on the parts of others. And the topic of the nude photos is dealt with as a convincing quest for atonement (“When I was alone at home at night, the boys in the photographs called out to me. At first I did not know what they wanted. Eventually I understood: They wanted me to tell our story”).

Perceptive and subtly powerful, this tale attempts to close a perplexing chapter in American history.