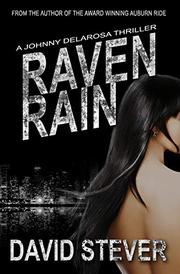 From the The Delarosa Series series, volume 3

An East Coast private eye’s blackmail case spirals into murder in this third installment of a mystery series.

Johnny Delarosa’s newest client is former pro football player Stan Shelton, now a successful car dealer. Shelton needs the Port City private investigator’s help when a blackmailer threatens to expose the married dealer’s link to an escort service. Johnny and his research assistant, Katie Pitts, trying to track down the blackmailer, inadvertently witness someone dumping a body. With the corpse left outside a building Shelton owns, Johnny struggles to keep the ex-athlete’s name out of the press. The PI eventually teams up with Monica Mattson, a police detective working a sex trafficking case that’s focused on the very same escort service Shelton had been using. Behind this shady company are malicious types determined to cut off any loose ends, which soon results in a second homicide. Complicating Johnny’s inquiry is the possibility that Shelton isn’t telling him everything he knows. The PI suspects his client is more deeply involved in illegal activities than he’s admitted. Johnny races to find answers before he, Monica, or even Katie becomes the next murder victim. While following Johnny’s investigation is entertaining, Stever’s vibrant characters turn out to be the story’s greatest components. For example, Katie is learning the gumshoe ropes from former cop Johnny, whose case takes an unexpected turn when he recognizes a potential criminal as someone from his past. Similarly, the women in this novel are smart and capable, particularly Katie and Monica. The author’s concise descriptions make for a breezy narrative and a quick read. While metaphors are sometimes blatant, they’re also delightfully tongue-in-cheek, such as Johnny’s assuring his client that, though Shelton “made a bad play…it is now first and ten again. A new set of downs.”