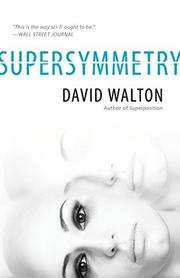 Some 15 years after the events of the previous book, its hero, physicist-turned-teacher Jacob Kelley, is placidly watching a baseball game when a terrifying, irresistible force destroys the entire ballpark. Terrorists are blamed. Kelley’s daughter, Sandra, a police officer and one of the first responders, finds his body. Later that evening, Sandra gets a phone call. From her dad. Meanwhile, neurotic genius physicist Ryan Oronzi has developed the breakthrough Higgs projector technology into military-grade weaponry—including invisibility, teleportation, and the manipulation of objects at a distance—using the power contained in a bubble universe. Problem is, inside the bubble lurks the incomprehensible and hostile creature, the “varcolac,” that caused all the trouble last time around. Fearing that it will soon break free, Ryan tries to cancel a demo which physicist/defense contractor employee Alex Kelley will attend. (Alex and Sandra were once the singular Alessandra but split into two probability waves during the previous adventure.) Sure enough, the varcolac escapes, and, during the ensuing battle, Alex shoots dead a government bigwig whose body the varcolac had absorbed. Sure that she’ll be accused of murder, she flees and soon meets up with Ryan, who’s figured out that she knows more than she’s telling. Evidently they’ll all need help from the villainous mastermind of the last piece, Jean Massey, and they prepare to spring her from jail. It would be unjust to aver that the plot doesn’t add up when in fact it’s incapable of any mathematical operation whatsoever, and stereotypes would be an improvement on Higgs projector–packing characters who battle evil (and each other) like manic Green Lanterns.

Thrills and spills and sheer excitement on full-throttle overdrive. Just pay no attention to the wobbling scenery.