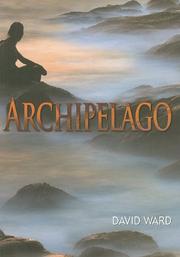 Shortly after his father’s death, 12-year-old Jonah and his photographer mother go on a trip to the Queen Charlotte Islands. While climbing on the seaside cliffs, Jonah sees a girl on the beach and makes a point of seeking her out…catapulting himself 14,000 years into the past, where survival is the paramount issue of every waking hour. Readers may not be particularly surprised when Jonah finds out it isn’t easy to make a fire without matches, that he has to constantly scan for food if he is not to go hungry and that even other humans can be lethal. Despite its premise, this short read is less a prehistoric adventure than a vehicle for Jonah to explore such basic questions as what’s really important to him, what he can believe in and what constitutes family. Ward does not delve too deeply below the surface of these issues, perhaps in the hope that this will stimulate his readers to think for themselves. Leaving much unresolved, however, with an ending that is too pat, this is more of an appetizer than a satisfying read. (Fantasy. 10-14)