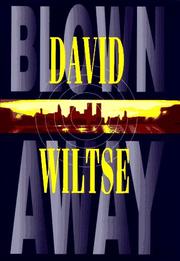 FBI agent John Becker, a deadly force in his own right (Bone Deep, 1995, etc.), goes up against the Unabomber. Or a reasonable facsimile thereof, a frustrated chemist who vowed vengeance on New York City when affirmative action robbed him of tenure at City College. Now Jason Cole, calling himself Spring, is threatening to blow up every bridge and tunnel leading out of Manhattan unless he gets a $5 million payoff, and is establishing his bona fides by taking down the Roosevelt Island tramway. Cole's academic background, his Thoreauvian social nostalgia, and his old-fashioned mastery of his craft (Becker notes with admiration that each of his bombs is handmade) are all culled from headlines and manifestos; what Wiltse adds is a portrait of a donnish, painfully vulnerable wimp whose emotional development seems to have been arrested long before his first chemistry course—and a lively, incongruously lightweight plot to buffer the skirmishes between Supercop and Supervillain. Cole has no trouble attracting a slew of unlikely allies and sponsors, from Defone Lee, an enterprising homeboy who goes partners with him in his extortion demand, to Tony Buono, a hit man whom he hires to kill Lee, to Tony's cousin Donny (the Snake) Sabela, who steps in to assassinate Becker and turns out to have his own ideas about how Cole's operation could be run. Becker, already strung out between nursing his convalescent wife and FBI superior Karen Crist and fending off his subordinate Pegeen Haddad, who thinks their night of passion marks the beginning of their life together, snatches the investigation away from his groveling, incompetent boss and runs with it, but he's overshadowed this time by the bomber—a shame, since Cole, for all the nervous laughter his social gaffes provoke, is a lot less compelling, less interesting even, than the agent who dresses him down on the network news. But Becker and Cole and all the rest of them rolled together still can't compete with the real Unabomber, whose bizarre saga establishes a benchmark that far outclasses Wiltse's sturdy fiction.