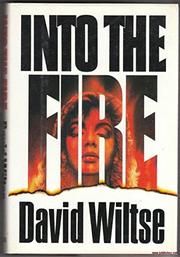 Serial-killer specialist John Becker is on indefinite medical leave from the FBI, but he still gets some strange items in the mail, like the series of coded messages from Alabama's Springville Prison written by somebody who says he knows who killed the two girls found five years ago in a West Virginia coal mine. Since his hated boss, Thurston Hatcher, is both monitoring Becker's mail and looking for favors from the congressman whose niece was one of the girls, Becker soon finds himself back in the saddle, dragged away from his ladylove Karen Crist (FBI/Kidnapping) and partnered with Special Agent Pegeen Haddad, who simmers alternately with hostility and lust. A quick trip to Springville gives Becker the name of homicidal lunkhead Darnell Cooper, but Cooper's already been released, full of plans to rip the head off anybody who's slow in passing the ketchup. The obvious candidate for Cooper's uniquely directive approach to interpersonal relations is Aural McKesson, a preacher's daughter with plenty of experience with men (e.g., the one she set on fire) even before she stumbles into a starring role in Rev. Tommy R. Walker's Apostolic Revival; but McKesson's saved when the cops pull in Cooper mid- rampage—only to realize, along with Becker, that he didn't kill those two girls after all. And where's McKesson by this time? Setting up a monstrously extended climax in the most nightmarish landscape imaginable. The most formulaic of Becker's adventures (The Edge of Sleep, 1993, etc.) to date, filled with pulpish invocations of him as ``this powerful, dangerous, complicated man'' more fearsome than the murderers he hunts down. But Wiltse's Grand Guignol, however strained and shameless, still delivers the goods in this creepy funhouse tour.