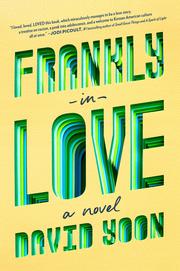 A senior contends with first love and heartache in this spectacular debut.

Sensitive, smart Frank Li is under a lot of pressure. His Korean immigrant parents have toiled ceaselessly, running a convenience store in a mostly black and Latinx Southern California neighborhood, for their children’s futures. Frank’s older sister fulfilled their parents’ dreams—making it to Harvard—but when she married a black man, she was disowned. So when Frank falls in love with a white classmate, he concocts a scheme with Joy, the daughter of Korean American family friends, who is secretly seeing a Chinese American boy: Frank and Joy pretend to fall for each other while secretly sneaking around with their real dates. Through rich and complex characterization that rings completely true, the story highlights divisions within the Korean immigrant community and between communities of color in the U.S., cultural rifts separating immigrant parents and American-born teens, and the impact on high school peers of society’s entrenched biases. Yoon’s light hand with dialogue and deft use of illustrative anecdotes produce a story that illuminates weighty issues by putting a compassionate human face on struggles both universal and particular to certain identities. Frank’s best friend is black and his white girlfriend’s parents are vocal liberals; Yoon’s unpacking of the complexity of the racial dynamics at play is impressive—and notably, the novel succeeds equally well as pure romance.

A deeply moving account of love in its many forms.