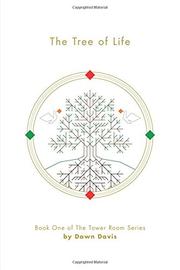 The Tree of Life

Charlotte, a Toronto fifth-grader, is a girl who dominates everyone around her by force of her determined imagination. She’s being raised by her grandfather Leo after suffering a childhood injury and the deaths of her parents, and he keeps a light hand on the reins of the stubborn but fragile girl. Her best friend is Henry, and one day, the two are hiding in the forbidden tower room of Leo’s house when his friend Gwendolyn comes to call. They hear her describe a missing brooch, carved with an image of a tree from Welsh legend, and then they’re suddenly whisked from their hiding place to 1939 Toronto. The elderly Gwendolyn is now Charlotte’s age—a snooty girl who’s splendidly equal to Charlotte in bossiness and quite uninterested in her unexpected guests. The children soon discover the adult Leo working in the family’s kitchen. It turns out that he’s time traveled before, and he tells Charlotte that she must accomplish a mission here in the past. She isn’t thrilled that her quest involves the unlikable Gwendolyn, but she takes to the adventure with aplomb. Henry also flourishes, finding boyhood in the 1930s much more congenial than its 1990s version. Charlotte and Henry aren’t always convincingly childlike, particularly in the book’s quirkier moments, but they effectively carry the story. Charlotte’s boldness and Henry’s irritated devotion will make young readers grin. The period history is detailed and intriguing, as well, and includes ugly glimpses of anti-Semitism half a world away from the coming war in Europe. The story of the brooch ties lightly into past world events as well as those of Charlotte and Henry’s own decade. A few plot threads remain unresolved, particularly regarding Charlotte’s rather vague back story and a subplot about a royal visit. Overall, however, Davis is a very engaging storyteller, and Charlotte is a wonderful creation.

Fans of magical realism à la Alice Hoffman will feel at home with this story.