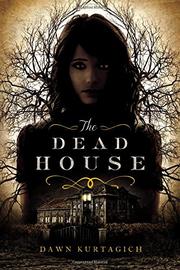 A collection of diary entries, video footage, medical transcripts, and emails is examined to determine the mental health of Kaitlyn Johnson, who allegedly caused the deaths of several teens in a boarding school fire.

Kaitlyn is a complicated character, claiming she harbors two souls in her body. By day, the body is inhabited by sweet, shy Carly, while destructive Kaitlyn controls the body at night. The “sisters” have somehow developed a friendship and communicate through notes to each other, keeping their two identities secret from all but their immediate family. When their parents die in a car accident, Kaitlyn/Carly are committed to a psychiatric hospital and diagnosed with dissociative identity disorder. Integration therapy upsets Kaitlyn, who feels it is designed to eliminate her personality entirely. But the story really takes a turn for the fantastical when Carly somehow gets involved in black magic, leading to her personality’s disappearance. Kaitlyn’s efforts to locate Carly are hindered by the menacing voice Kaitlyn hears and her nightmares of a haunted mansion. Soon, fellow boarding school students start dying violently, Kaitlyn falls in love with the wrong guy, and finally the novel reaches its fiery (though largely unsatisfying) end. This melodrama is communicated in a patchwork of formats that switches every few pages, a narrative contrivance whose “found” feel backfires.

It’s all just too much, and the varied narrative formats just compound the chaos.