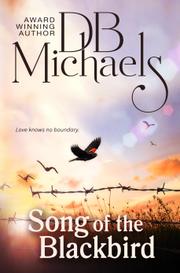 Song of the Blackbird

In this first installment of a planned, prison-set series, a new doctor takes a job where her half brother is incarcerated, but she hides their relationship from the attractive warden.

Emma Edwards arrives for her first day as a doctor at California’s Albatross Prison, outside of LA, to witness warden Maxim Chambers giving a disciplinary beating to an inmate. She’s particularly appalled at this, due to her sympathy for prisoners. Her younger half brother, Sam Morris, is doing time for having drugs on him when he was interviewed by police, after killing his abusive father to protect Emma’s now-deceased mother. Emma took this job to find and reconnect with Sam, and she soon discovers that he works as one of the prison doctors’ porters. He warns her to leave, because if authorities find out that she’s hiding their kinship, it would hurt her career. He’s also traumatized by his own past and troubled by new prison pressures. As Emma tries to get Sam and other prisoners better medical assistance, she and Maxim spar over their different attitudes toward inmates as well as their growing attraction to each other. Emma soon learns the sad reason for Maxim’s tough attitude, which drove the wealthy man to take a job as a warden. Maxim, meanwhile, feels new emotions in Emma’s presence, including an urge to protect her and jealousy over her dealings with Sam and a handsome prison psychiatrist. By novel’s end, after several deaths and scary physical attacks, Emma and Maxim eventually arrive at a clearer understanding of each other, their love, and past tragedies. Debut novelist Michaels, a doctor herself, brings verve and veracity to this smooth-flowing hybrid romance/suspense tale. Emma’s clinic scenes, which showcase both prisoners’ manipulations and their mitigating circumstances, are particularly realistic and resonant. Michaels also weaves in lovely, literary through-lines, such as the half siblings’ mutual love of birds and comets, which becomes a linchpin in the overall plot. Although the romance has some over-the-top, fairy-tale elements, such as the convenient fact that the brawny warden is also wealthy, Michaels has produced a captivating story overall.

A well-crafted mash-up of romance and prison life.