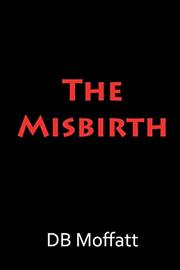 A coming-of-age novel about a young man’s tragic family ties.

After 16-year-old Chester White got a girl named Shirley pregnant, he dropped out of high school to support his new family. Now 27, he hates his wife and is unsatisfied with his career as a jukebox and pool-table vendor. Shirley is unsettled by her hostile husband, but she finds some solace in raising their 11-year-old daughter, Patricia. One night, after Chester hears that Shirley publicly insulted him, he rapes Patricia in a drunken rage; the girl doesn’t tell her mother about the incident, but seven months later, she’s too sick to go to school. A blood test at the doctor’s office informs Shirley of the unthinkable: Her child is pregnant. She secures a late-term abortion for Patricia, but the doctor keeps Shirley out of the room when he performs his procedure. While Patricia is unconscious, the aging, childless doctor secretly induces labor; he then takes the baby home to raise and lies to Shirley about the infant’s fate. It’s a truly memorable setup for a novel. However, these initial details pass quickly; the bulk of the book is dedicated to the story of Patricia’s secret child, Logan. It chronicles his various trials and triumphs until he enters an elite boarding school at age 16 and meets his personal mentor—an attractive, older teacher named Patricia. Like all Oedipal stories, Moffatt’s (Beltway Justice, 2013) relies heavily on dramatic irony and a sense of destiny winding to a messy, inevitable conclusion. Logan is an intriguing protagonist who’s kind and loyal and has a strong sense of justice, and his occasional moments of violence and petty criminality will force the reader to question how much of Logan’s nature he inherited from his evil father. However, the author blunts this positive element with strangely truncated, staccato paragraphs (many are only a sentence long); redundancies (“Jack Reed started to hyperventilate anxiety”); rushed character development; and massive plot contrivances.

A patchy, sensationalist tale that seems primarily invested in unsettling its readers.