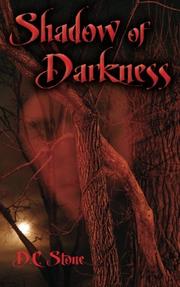 A woman’s tormented by a malevolent spirit that’s made its way from 17th-century Salem in search of revenge.

Diane, a bartender at a go-go club, is looking for her missing friend, Alicia. She uses her psychic abilities and witchcraft to conclude that a book of spells she’d bought—the Book of Shadows—has brought an evil spirit into the present day. Diane travels via hypnosis to 1692 Salem to stop the wicked Joshua and save her friend. But something’s not right when she returns, especially with her fiancé, Anthony, the detective she met while looking for Alicia. The author’s simple, breezy prose reads as young adult, but its mature themes seem appropriate for older readers, particularly since no teen protagonists are present. Regardless, the book’s topic will undoubtedly attract younger bibliophiles, and the novel wouldn’t be unsuitable, since there’s nary a sex scene and violence is typically described after the fact. The journey to old Salem is a turning point and splits the novel in two parts. The first zeroes in on solving the mystery of Alicia’s disappearance and ensuing attacks, as well as a murder, but it’s bogged down by Diane and Anthony’s zigzagging relationship. Anthony is protective but unsupportive; he laughs every time Diane mentions the supernatural. The book, however, flourishes in its 17th-century setting. The dialogue assumes a colonial dialect; for example, a new love interest of Diane’s says, “Thou hast come to join us.” Back in the present day, Anthony besieges Diane with questionable, sometimes aggressive behavior, a strange woman tries to contact her and images of her friends turn monstrous. The novel’s latter half ups the creepiness by saturating the pages in atmosphere, making great use of the cold, snowy outdoors, and portraying Diane in a perpetual dreamlike state.