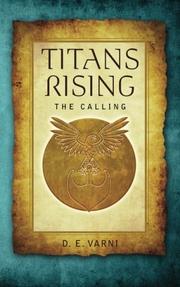 Daniel Rooke, soldier-turned-cop, gets his toughest assignment yet when he takes charge of a special operations unit comprising supernaturally gifted soldiers.

The future of the world in Varni’s novel is very different from our own: In the aftermath of the Sol War, “Specials,” people with supernatural abilities ranging from telekinesis to super strength, find themselves on the outskirts of society, despite the pivotal role they played in the war. Unable to find jobs or housing, many must either turn to crime or to the government, the only entity willing to employ them. Into this world comes Daniel Rooke, who is recruited to lead a team of Specials and train them to find those other Specials who can’t seem to stay under the radar. Before they can enter the field, Daniel has to win the trust of the team and of his superiors, an immensely challenging task. As a non-Special, it is difficult for Daniel to convince his team that he can understand them well enough to lead them. After a series of mishaps, Daniel gets his team functioning, and together they recruit or arrest troublemaking Specials. The process is rife with racial overtones—after Daniel alienates the only black and Asian members of his original team, diversity becomes a high recruitment priority. The Specials found through this process—teleporting Joseph and lightning-wielding Christine, among others, are among the most well-developed characters in the book, with back stories and motivations that outshine those of Daniel and his team. It’s a struggle, at first, to keep straight the many similar no-nonsense, tough ex-military men in the first several chapters. The plot progresses from one special assignment to the next, all while introducing new plot threads and threats, few of which come to fruition. The end of the story is an intense cliffhanger, suggesting this is part of a multibook series.

An interesting premise, but requires another installment to fully realize the characters and plot threads introduced.