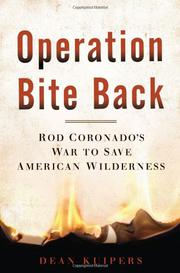 Part deep ecologist, part native spiritualist, part renegade, Rod Coronado found his calling as an activist-saboteur while taking part as a teenager in the much-publicized sinking of two whaling ships in Reykjavik, Iceland. Over the next decade, he would narrow his focus to saving animals bred to slaughter for their fur, targeting hundreds of fur farms and affiliated university labs across the country. In a suspenseful scene that reads like an episode from a mystery novel, the author details how Coronado and his accomplices pulled off a multifaceted raid at Washington State University, where they freed coyotes and mink and destroyed laboratory files. The communiqué he faxed to the Associated Press the following day read, “No industry or individual is safe from the rising tide of fur animal liberation.” With this public, thinly veiled threat, Coronado brought an activist identity to maturity. Suddenly his vehemently nonviolent—though often destructive—trail of sabotage was labeled “terrorism,” and the entire movement was forced to account for his actions, enduring raids by Feds and ire from the fur and medical communities. By 2006, so many activists had been handed harsh sentences for acts of eco-terrorism under the broad prosecutorial reach of the Patriot Act that the animal-rights community dubbed it the “Green Scare.” “Their opponents controlled the conversation by controlling the definition of nonviolence,” writes Kuipers, making a salient point with deep implications in an era of diluted individual rights. Despite his decades of experience covering the radical environmental movement, the author is careful to remain an objective narrator, presenting much contextual detail and allowing Coronado and his peers’ brimming passion to tell the story.

A provocative and careful testament to the ever-changing definition of activism.