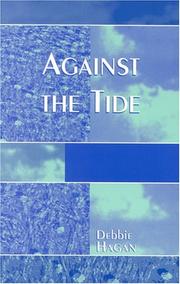 A spirited account of how the relatively recent establishment of the Massachusetts School of Law struggled to survive despite the concentrated opposition of the American Bar Association.

In a style reminiscent of Tracy Kidder, freelance journalist Hagan conjures up a number of the colorful characters who helped launch MSL in the late '80s. Among the more flamboyant actors in this legal drama is Michael Boland, who founded MSL's immediate predecessor, the Commonwealth School of Law. Although it quickly shut down, due to Boland's mismanagement, he made at least one good move in hiring Lawrence Velvel as dean. By Hagan's account, Velvel, who has made a career out of his contrarian positions, was ideally suited to be dean of the fledgling school. After Commonwealth collapsed, Velvel and a cadre of motivated students formed MSL to take its place, offering a new model of legal education that targeted older, working-class students, offering them a practical education in the nuts-and-bolts of practice. With Boland out of the picture, Velvel and his partners still encountered opposition from the ABA, which refused to accredit the school. The central charge here against the ABA is that it seeks to maintain the status quo of the legal profession by stifling innovation and denying an affordable legal education to non-traditional students. Although MSL went as far as bringing an antitrust suit against the organization, it never received the accreditation it needed for perceived legitimacy. Nonetheless, Hagan, whose subjective viewpoint should be assumed, highlights what she considers the school's successes. (MSL, not Hagan, holds the copyright to the book–it's certainly a good piece of recruitment material.)

Bias notwithstanding, particularly against what's called the "elites" of the legal profession, this is an intriguing look at the near-insurmountable hurdles in creating a new breed of law school.