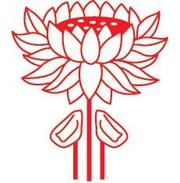 THE ELEPHANT-HEADED GOD AND OTHER HINDU TALES

Twelve classical Indian tales, including an affectionate introduction to elephant-headed Ganesh, a wonderfully concise version of the Mahabharata, and the humbling of several proud heroes and demons by the gods. The demons here are particularly rambunctious: Bali conquers both Earth and Heaven; ten-headed Ravana steals Rama's wife; in ``Ashes to Ashes,'' Bhasmasura chases his master Shiva into a garbage dump. The combination of fresh humor and a text only lightly burdened with ritual behavior, morals, or long Indian names makes this a good gateway to both the great epics and the Jataka tales. Frequent ink drawings, with figures in traditional dress and stylized poses, add an exotic touch. A simultaneously published companion, The Adventures of Young Krishna by Diksha Dalal-Clayton, overlaps a bit but seems aimed at older readers. (Mythology/Folklore. 10-12)