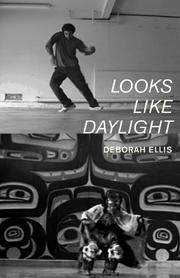 The interviewees range in age from 9 to 18 and in locale from the Everglades to Nunavut, Martha’s Vineyard to Haida Gwaii. Despite this, likely due to editorial shaping, Ellis’ interviewees sound about the same in vocabulary and “voice.” Together, they tell a wrenching tale. Many are foster children; several suffer from or have siblings with spectrum disorders and other disabilities; nearly all describe tragic personal or family histories. Moreover, the narratives are shot through with evidence of vicious racial prejudice—not just in the distant past: “My mother works with residential school survivors,” tellingly notes Cohen, a Haida teen. Even the youngest, however, display firm tribal identities and knowledge of their collective history and heritage. Also, along with describing typical activities and concerns of modern day-to-day living, these young people embrace their distinctive cultural practices and almost without exception, express a buoyant attitude.

As gay Chippewa 16-year-old Zack puts it, “They tried really hard to kill us all off, and we’re still here!”—a welcome and necessary reminder to all.