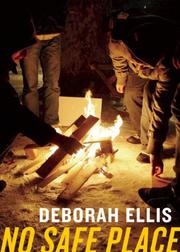 Fifteen-year-old Abdul, an Iraqi Kurd, has escaped war-torn Baghdad and traveled for four months across six countries only to hit a dead-end in the Jungle in Calais, a community of migrants trying to survive in squalid shanties with winter coming. When he sneaks onto a smuggler’s boat and a skirmish leaves the pilot dead, Abdul and three other young people are left adrift on the English Channel, hoping to get to England. Ellis skillfully intersperses flashbacks with thrilling scenes in Calais and on the Channel to tell the heartbreaking stories of Cheslav, a trumpet-playing Russian who has fled a harsh military school, Rosalia, a feisty Romani girl, who escaped the white slave trade, and Abdul, hoping to get to Liverpool to honor his friend Kalil. The flashbacks add depth and dimension to the story, making the protagonists fully realized characters readers will care about. What the best literature for young readers can be—simple, elegant language crafted to tell a story as full and rich as life itself. Eminently memorable. (Fiction. 12 & up)