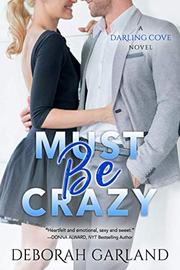 From the Darling Cove series, volume 3

The relationship between an architect and an attorney is tested by a court case and painful secrets from the past.

Skye Mallory enjoys a successful law practice in her hometown of Darling Cove, a hamlet on the North Fork of Long Island. A case involving her police officer father, Martin, is challenging, but she’ll help him any way she can. When her former boyfriend, musician Miles Benjamin, asks for her legal services in his dispute with a builder, she reluctantly agrees because she could use the money. Edward Mendelsohn, an architect and fire chief of the Darling Cove Volunteer Fire Department, is attracted to Skye, but he’s worried about making the first move. A single father to Julian, a 7-year-old boy, he hasn’t been in a relationship since Julian’s mother, Lauren, left three years earlier. After Edward rescues Skye from a fire at her home, they begin dating and discover a connection that is as immediate as it is passionate. But a legal conflict of interest and a surprise visitor from Edward’s past could potentially derail their chance for true and lasting love. The third installment of Garland’s (Must Have Faith, 2018, etc.) Darling Cove series successfully builds on characters and storylines introduced in the first two novels while maintaining the focus on the connection between Skye and Edward. Initially introduced as a supporting character in Must Love Fashion (2017), Skye emerges as a strong protagonist who must balance her ethical and legal duties to Miles with her desire to follow her heart and pursue a future with Edward. Her bond with Edward develops quickly, bolstered by scenes that are both tender and playful. A subplot involving a health crisis Skye experienced after graduating from law school is sensitively handled. Lead characters from the first two novels, including Gwendolyn Mallory and Faith Copeland, continue to play active roles in the series.

An enjoyable, family-focused contemporary romance and a satisfying continuation of the series.