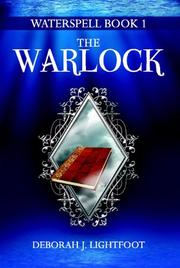 A teenage girl runs away from her life of servitude only to be captured by a sorcerer who will help her discover her true past.

When Carin sets out north, heeding the words of the village wise woman, she’s not sure what to expect, but she hopes the pull northward will shed some light on her mysterious past. On her travels, she mistakenly crosses into the lands of the sorcerer Lord Verek. He’s insulted by her trespass, but his anger is tempered by his shock at her imperviousness to his spells. So, Verek invites Carin back to his home for further study. There, he gives her the task of organizing his personal library, which holds the secret to Carin’s true origins: a copy of the book Alice Through the Looking Glass by Lewis Carroll that only Carin can read. She discovers the book might actually be a relic from a life and time she has forgotten—a separate world parallel from the one they live in. Together, Carin and Verek attempt to harness the power of “Jabberwocky”—a poem from Carroll’s book that, when recited, opens a magical portal for Carin to step through. Carin and Verek’s well-crafted relationship balances in a tense power struggle due to Verek’s questionable motives, while other characters—a chatty housekeeper, a wise wood sprite, an enigmatic elfin gardener—are sympathetic and engaging. Though Lightfoot is a capable writer, the plot of this first novel in the proposed trilogy moves along sluggishly at times because of many scenes oversaturated by extensive dialogue. In the end, Lightfoot also relies too heavily on Lewis Carroll’s imagination. Taking inspiration from Alice’s story and alluding to it is tolerable, if unsurprising, but in Lightfoot’s case, her strong start, intriguing premise and original characters could carry more weight if Lightfoot had continued in her own world-building rather than following Carroll so closely down his rabbit hole.

Fine fantasy that borrows too much from Lewis Carroll when it should invest in itself.