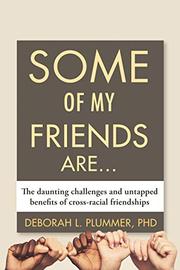 SOME OF MY FRIENDS ARE...

The Daunting Challenges and Untapped Benefits of Cross-Racial Friendships

In an era of increased self-segregation and polarization, an informative and passionate call for cross-racial friendship.

Psychologist Plummer (Racing Across the Lines: Changing Race Relations Through Friendship, 2004, etc.), the chief diversity officer at UMass Medical School and UMass Memorial Health Care, believes that cross-racial friendships—a term the author prefers to “interracial,” because “it speaks to the conscious action that has to be taken in these kinds of relationships”—are key to “bridging our widening racial divide.” However, such friendships are not straightforward or simple. Stereotypes can interfere with the intentions of well-meaning people to make friends with those from different backgrounds, and people tend to self-segregate because “people simply enjoy doing things with folks racially and culturally similar to them.” Institutions where we forge friendships often remain de facto racially segregated (Plummer includes an astute analysis of churches). When people do forge cross-racial friendships, they often report that those friendships feel—in some inarguable but hard to articulate way—different from friendships with same-race people. The tools people rely on to sustain same-race friendships don’t always translate well to cross-racial friendships. For example, though humor usually helps cement friendships, race-based humor can be offensive. Plummer’s source base is rich and persuasive. She draws on multiple national surveys, anecdotes, and historical examples of cross-racial friendships, like that of Eleanor Roosevelt and May McLeod Bethune. Vignettes from the author’s life—including a sadly quotidian story about a restaurant hostess who couldn’t imagine that she and her husband might be meeting white friends for dinner—leaven the sometimes-awkward academic prose. Plummer focuses more centrally on the subtitular challenges of friendship than on its benefits. Yet her own life testifies to the rewards of cross-racial friendship: It is from friends that people learn “how to truly hold multiple perspectives.”

Plummer’s call is inspiring because of—rather than despite—its willingness to call out difficulties and eschew naiveté.