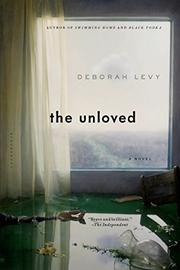 In a rented French chateau where a group of tourists of many nationalities have assembled for Christmas, there is feasting, clandestine sex, heroin and a death. But this is no conventional murder mystery.

After the success of her most recent novel, Swimming Home (2012), shortlisted for the Man Booker Prize, Levy’s earlier novel—with its prefiguring aspects—is published for the first time in the U.S. It’s a dark, uncomfortable story of desire and damage involving three couples (two with children) and two single women gathered together in bourgeois comfort in Normandy. The death of one member of the house party, subsequently investigated by a French police inspector, lends formal shape, but Levy’s interest is less in plot, more in psychology. While the children play and the couples interact, the focus falls on Yasmina, an Algerian woman now lecturing in London, who has had encounters with the parents of another guest, Nancy, an American, decades earlier, when Algeria was struggling to gain independence from the French. Chapters revisiting that brutal era, exposing Yasmina’s shocking story, are sandwiched between staccato scenes in contemporary France in which the subject of love is considered, uncomfortably and repeatedly: “To be in love is to be bitten”; “There is no love without rage.” The tone of the narration is theatrical, as characters cook, comment, share beds, suffer, and sometimes deliver speeches or actual lines of dramatic dialogue. Levy’s approach is cerebral and unsentimental, exploring, in prose both sensuous and supple, the sadness and perplexity of children, the unsatisfied desires of adults, and, above all, the power and role of love.

Graphic, claustrophobic and fractured, this is emotionally violent and challenging work from a bold modern writer.