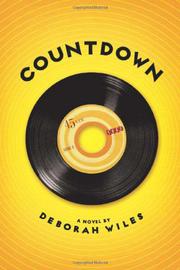 Just as 11-year-old Franny Chapman squabbles with her once-best friend in their neighborhood near Andrews Air Force Base, outside of Washington, D.C., President Kennedy and Chairman Khrushchev are also at odds. Franny’s spot-on “Heavens to Murgatroyd” dialogue captures the trepidation as the world holds its breath during the 1962 Cuban Missile Crisis. Adding to the pressure are her college-student, activist older sister, who may be a spy, her aspiring-astronaut younger brother, who refuses to eat, her steely, chain-smoking mother, who has inexplicably burst into tears, her often-absent pilot father, now spending long days on base, and her PTSD-suffering, World War I–veteran Uncle Otts, who’s digging up the front yard to build a bomb shelter. Wiles’s “documentary novel,” based on her own childhood memories and the first in The Sixties Project trilogy, has a striking scrapbook feel, with ingeniously selected and placed period photographs, cartoons, essays, song lyrics, quotations, advertisements and “duck and cover” instructions interspersed through the narrative. References to duct tape (then newly invented), McDonald’s and other pop culture lend authenticity to this phenomenal story of the beginnings of radical change in America. (historical note, author’s note, bibliography) (Historical fiction. 10-13)