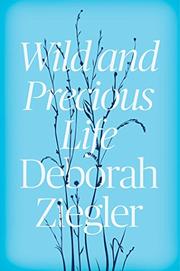 A mother’s loving tribute to a daughter struggling with terminal brain cancer who desired to die with dignity.

“No mother should bury her child,” writes Ziegler, a former teacher–turned–entrepreneur and public speaker, in this melancholic, poignant memoir. Though her 29-year-old daughter, Brittany, eventually succumbed to cancer, her death spotlighted the contentious issue of a terminally ill person’s right to end his or her own life. In 2014, after suffering debilitating headaches, the author’s daughter was diagnosed with a primary brain tumor and eventually given a murky prognosis. Ziegler’s smooth yet urgent prose is painstakingly detailed, offering minute particulars of Brittany’s childhood, her own story, and the cancer ordeal itself, treating readers to every nuance and heart-rending emotion flowing between mother and daughter during this emotionally harrowing twist of fate. “Hope rose in my chest and fluttered like a wounded bird,” Ziegler writes of her daughter surviving risky neurosurgery, but as the tumor continued to grow and the pain and seizures edged toward unbearable levels, Brittany kept to her initial resolve to explore assisted end-of-life options in Portland, Oregon, where a death with dignity law was on the books. This alternatingly heartbreaking and life-affirming book incrementally charts the life of Ziegler’s “magic carpet girl,” a formerly vibrant, athletic, daring, strikingly lovely woman whom she took on an Alaskan fjord boat trip as a closing bucket list item. Though her daughter’s final breaths were gloriously free-willed, Ziegler’s memoir is sad and often difficult to read at times; her daughter’s anger, uncertainty, denial, guilt, and grief become increasingly palpable as the narrative unfolds. Brittany self-administered a lethal medicinal combination in the fall of 2014 but not before pleading with legislators countrywide to fully support and adopt laws in their jurisdictions affording terminal patients the right to die on their own terms. In October of that year her moving YouTube video became a viral sensation.

A graceful and touching gift of love and posthumous devotion from mother to daughter.