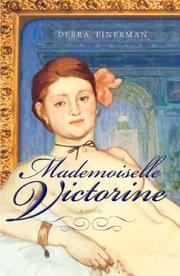 The ups and downs of a bold courtesan in Impressionist-era Paris.

In her debut, Finerman melds two historical figures into Victorine Laurent, whose loveless upbringing in the rough care of two aunts in Alsace leads to her being sold at age 13 to the first of a series of male ‘protectors’ in Paris. But all changes in 1862 when Victorine, now 17 and gorgeous, is spotted by the artist Edouard Manet. Soon she is Manet’s muse and the subject of his scandalous modern paintings, but also attracting a much better class of protector, like Baron de Rothschild. Victorine is tough and has no illusions about men, yet she falls in love with promiscuous Manet, and chooses not to sleep with him so he will never tire of her. Ruined after the scandalous exhibition of her nude portrait, she makes an even more successful comeback, attracting the Duke de Lyon, who is close to Emperor Napoleon III and rich enough to give her a mansion and a trust fund. But de Lyon has strict expectations—that she cease posing for Manet, and take on some female espionage work involving Count von Bismarck. Victorine disobeys the former but tolerates the latter—which includes being loaned to the Emperor as well. However, she has made a formidable enemy in the form of Empress Eugenie, who arranges for Victorine’s arrest on charges of treason. Manet helps save her and later stands by her when she falls pregnant by de Lyon, who won’t support her. War, the blockade of Paris and the Commune pass in a flash, and finally Victorine, her son and Manet can frolic together at Deauville.