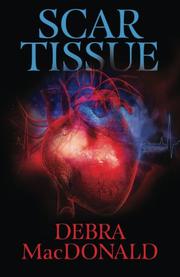 A talented but troubled surgeon searches for personal and professional redemption in MacDonald’s debut novel.

At one time, Dr. Phil Graham had it all. A successful surgeon praised for his professionalism and rapport with his patients, he’s also happily married to Joan, the love of his life. Graham believes he has the perfect life until a car accident takes the life of his wife and leaves him with severe scars, both physical and emotional. Although he tries to rebuild his world and return to his medical practice, he increasingly finds himself numbing the pain with alcohol and casual sex. The changes in Graham’s lifestyle eventually lead to a series of outbursts in the operating room that threaten his career. Just when Graham’s life and career reach their lowest ebb, he meets Amanda Fellows, the sister of one of his patients, who offers a second chance at love. While Graham takes the first steps toward romance with Amanda, a one-night stand with a woman named Dawn comes back to haunt him when he finds himself stalked by her husband. MacDonald’s brisk, compact narrative is tightly focused on Graham, a compassionate surgeon whose present troubles may be rooted in a tragic childhood. Some of the most effective elements of the novel involve Graham’s interactions with his colleagues and patients. These supporting characters aren’t anonymous set decoration; in many respects, they’re as clearly defined as Graham. An unexpected detour in the action occurs when Graham decides to unravel the secrets of his childhood; however, MacDonald convincingly connects Graham’s past to his current problems. The novel stumbles a bit when it comes to Graham’s ill-fated one-night stand with Dawn. Graham’s initial attraction to her and his reluctance to continue the fling are well-defined, but Dawn and her husband remain murky peripheral characters in a subplot that ultimately seems excessive.

Although a somewhat-predictable stalking subplot wraps up a little too neatly, the book succeeds as a well-developed character study of a man in the midst of a personal crisis.