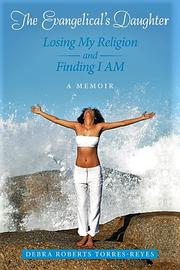 Losing My Religion and Finding I AM

In this debut personal memoir, a woman recounts her youthful struggles with religious extremism.

Torres-Reyes writes that she was raised in a fiercely religious household in which both her parents were devout Pentecostal fundamentalists. She depicts her late mother, a preacher by day and a nurse by night, as a deeply troubled woman who was capable of extraordinary cruelty, which she justified with her ideas of biblical purity. Torres-Reyes says that she was taught by her parents to be ashamed of her own body, and that the essence of spiritual duty was fear and self-loathing: “Instead of serving the Lord with gladness, we were to God served with guilt and fear.” Her home life was plagued with instability: bills went chronically unpaid, followed by evictions, and her father, she says, ended up marrying three different wives. Then the author’s mother suddenly moved the family to Iowa, making her father, back in Newark, New Jersey, an absentee parent. Torres-Reyes later suffered from anxiety, expressed through panic attacks. At 19, she gave birth to a child, and she eventually put her life in order by enlisting in the Navy, going to college, and becoming a successful attorney. Throughout this memoir, Torres-Reyes affectingly expresses her youthful torment. She soberly distinguishes between healthy spirituality and what she sees as the betrayal of God by sectarian religious fervor. Her prose is clear and unflinching throughout, such as when she calls the father of her child “a Kmart- blue-light-special, drug-dealing, no-dog-catching- dogcatcher pimp.” Her story is challengingly long and highly detailed, but many readers will be inspired by her candor and her ultimate triumph in finding a connection with God, despite attempts by others to instill her with hate and guilt.

A haunting but inspiriting remembrance.