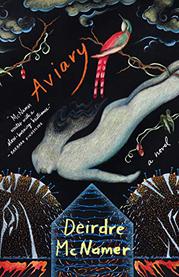 A suspicious fire at a senior residence profoundly affects the elderly denizens and those around them.

The Pheasant Run condo isn’t nearly as grand as it sounds. Cassie McMackin, one of its occupants, is counting pills and contemplating suicide when we meet her. Cassie’s neighbor Viola Six is worried about paying the rent, having lost her savings to a scam promoted by an ex-beau. Down the hall is Leo Uberti, an Italian Jewish artist with a painful past. Hidden in Viola’s basement storage is an abused and bullied 15-year-old, Clayton Spooner. Then there’s Herbie Bonebright, the treacherous new manager of the building, apparently involved in a scheme to oust tenants so Pheasant Run can be converted into a more profitable enterprise. One morning, a fire erupts in Herbie’s apartment. While the blaze is quickly contained, fire inspector Lander Maki thinks it may be arson. Herbie is suddenly nowhere to be found, and Viola Six has vanished too. But this is no geriatric whodunit, and author McNamer is not so concerned with exposing the perp. (When that revelation finally comes, it’s anticlimactic.) She's more interested in the indignities of old age, memory and loss, and what one character calls “the secret of ongoingness.” Much of the writing is quite lyrical, as in the description of Maki’s “beyond-human” sense of smell: “His olfactory sensitivity had become so intimately intertwined with memory that the smell of a remembered presence arrived in tandem with the smell of its absence.” Still, some passages are overwritten, and some plot points seem dubious. The novel also has a bleak undertow, though Maki’s wife, Rhonda, an animal whisperer, exudes eccentric charm and brightens the scenes she’s in. A quasi-happy ending is preceded by many casualties—some of which seem arbitrary.

Richly drawn characters in search of a more compelling narrative.