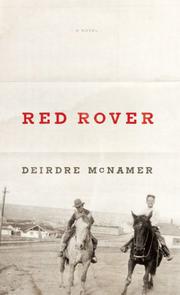 The mysterious death of one brother haunts another for decades until an unrelated act of violence reveals the truth.

Aiden and Neil Tierney practically grow up on horseback, with Montana as magnificent backdrop to their adventures. And when America enters World War II, these brave, resourceful young men are quick to volunteer. Aiden joins the FBI, as an undercover agent in Argentina, where Nazis have infiltrated. Neil joins the Air Force and both men return home after V-J Day. Their wartime heroics don’t yield an adulthood of fond remembrances of their glory days, however. Instead, Aiden copes with an undiagnosed illness that has left him weak and too thin, and by Christmas 1946 he is found shot dead in his home. The coroner’s report says suicide, but Neil never believes it. Indeed Aiden’s friend and fellow FBI agent, Roland Taliaferro, tells the family after the funeral that the coroner was wrong and that “the Old Man,” J. Edgar Hoover, would be writing a letter soon to confirm. That letter never comes and, unbeknownst to the Tierney family, Agent Taliaferro is soon retired from the FBI and selling refrigerators in California. Despite professional and personal success, Neil burns with the need to avenge Aiden’s death. Only 60 years later, when cataracts and a temperamental memory preoccupy him, does a chance encounter in a hospital give Neil the opportunity to learn the truth and to commune for a brief but transforming moment with one who regretted Aiden’s death as much as he. Composed in a collage of discrete scenes, this novel, McNamer’s first in years (My Russian, 1999, etc.), achieves continuity despite settings as disparate as Missoula, Buenos Aries and Saipan; a timeline that runs from 1927 to 2003; characters in their youth, their prime and in old age; and scenes that range from Lindbergh’s historic flight to a posse of skateboarders careening into 21st-century traffic.