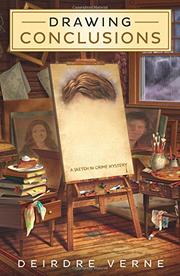 A freegan and a cop make an oddly effective sleuthing team.

Even though she’s a talented artist, free-spirited CeCe Prentice is the black sheep of her wealthy family. Her father, Dr. William Prentice, is the founder of Sound View Laboratories on Long Island’s ritzy north shore. CeCe lives nearby with her brother’s best friend, Charlie, clothing designer Becky, and Jonathan and Trina, who specialize in organic farming. Arriving home from a trip on which her freegan friends have gathered discarded food to eat, she finds the police waiting to tell her that her twin brother, Theodore, is dead. CeCe has never lived up to her father’s strict standards. Her neglected mother is an alcoholic. But Teddy, a DNA specialist, was the perfect son. CeCe is immediately attracted to Detective DeRosa, who reminds her of Teddy. When CeCe is poisoned by scavenged eggs and then kidnapped on the way to the funeral and almost killed by a mysterious limousine driver, Teddy’s death seems even more suspicious. Then his former girlfriend commits suicide, Becky suddenly moves out, and DeRosa flies to Italy to follow up on clues he won’t reveal. CeCe’s remarkable talents as a sketch artist, which have already helped DeRosa, will reveal a startling secret and a motive for murder.

Verne’s mystery is a winner, with plenty of twists and turns, an intriguing heroine and an ending that shocks in more ways than one.